Does Anyone Know What it’s Like to Be Broke? 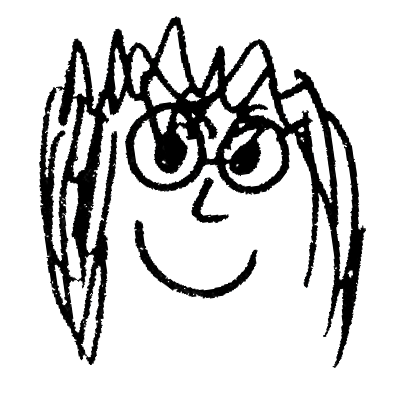 According to the movies, TV, mainstream media, and the politicians who make the rules . . . no. No one has any idea what it’s like to be broke.

The media reports on it. The politicians talk about it. Movies depict it. And TV incorporates it (when, and only when, it serves as comic relief).

To listen to our politicians wax on regarding the issues of poverty in this country, you’d think they had a first-hand account. And, maybe some do. But their passion for the issue seems to wane once elections have been won or lost.

Politicians have also seemed to take a page from the television and cinema handbook when it comes to using poverty as a tool to move the plot along. Redistricting; voting rights; voter ID laws; and school busing are all political “plot points” that really have no interest in “character development.”

Conventional media resources can tend to leave a similar taste in your mouth. From Huffington Post’s Poverty In Movies: How Hollywood Handles The Difficult Subject Matter, to The Atlantic’s How Poverty Taxes the Brain, reports on the issue report from an angle of us vs. them.

When over 15% of our population is affected by an issue that the majority can keep at arm’s distance, how can the issue ever get resolved? And if there’s really no earnest attempt in resolving this issue, then what does that say about the state of my country? Your country? Their country? Our country?

To truly know what it’s like to be broke is to understand trauma and poverty go hand in hand about as well as poverty and trauma itself.

When, as a child, you’re born into an environment of drugs; raised by neglectful caregivers; sexually abused by a cousin’s boyfriend when you’re 8, then stepdad when you’re 12, then date raped at 16, you’re pretty much gonna know what it’s like to be broke.
But a boot strap, hand out, or leg up won’t help you learn life skills . . . the skills you kinda’ miss out on when trauma replaces them.
Now, on the other hand, if being broke is where the cycle begins, once you deal with the stressors of having no concept of long-term thinking, you begin to live in survival mode every day of your goddamn life. It begins with the company downsize. Then continues through the eviction.

The family then moves to low-income housing and struggles to survive the inherent crime. The only good deals are the unhealthy foods but, hell, at least the kids can eat something.

But a boot strap, hand out, or leg up won’t help you learn long-term
thinking . . . the thinking you kinda’ miss out on when trauma replaces it.

Yet if we truly want to know the impact of that trauma that is poverty, why are we asking scientists? Politicians? Statisticians? Wouldn’t it more prudent (and realistic) to go to the source?

Go to the library, instead of sending the nanny. Take mass transit. Try navigating our welfare system. Take a number at your state’s income support division (ISD), and wait for hours while trying to understand the research and statistics your forms were based on.
Oh, and try to accomplish these tasks while taking time off work you don’t have, in addition to paying for childcare out of a budget you don’t have (because you’ve taken too much time off of work waiting in line at ISD).

Not to mention the bills that need to be paid, and the gas co’s 2nd cancellation notice, and the groceries that need to be bought, and the school conferences that are scheduled in the middle of the day during your lunch hour (that you don’t have because you’re making up for lost time spent at ISD).

To be broke is to know what it’s like to cough up blood and be more terrified about medical costs than the cost to your health. To be broke is to be savvy in knowing which creditor will grant you a grace period and which will cut your service. To be broke is to be grateful that McDonald’s has a dollar menu, and ramen noodles are 10 cents a pack. And to be broke is to know you don’t have a voice because there’s no lobby to support it.
But what if there were? What would it say? Would it say, “enough with the hand out, increase the life skills?” Would it lobby for legislation that validly included the voices we’ve yet to hear from? Would it insist on screening for trauma and offer support in breaking the cycle? Would it/could it be a body of representatives who actually know what it’s like to be broke?

Maybe it’s too cynical a perspective? Maybe our politicians gather all they need to know about this “difficult issue” from the mainstream resources they read? Maybe to know what it’s like to be broke is to empathize with the bum the starlet trips over to get a laugh from the live studio audience? And maybe if I were hot boxed I’d see it more clearly because I can’t see the reason when I’m sober.

This site uses Akismet to reduce spam. Learn how your comment data is processed.